What are the different Types of Cataract Surgery?

Posted in Kesehatan by Anwar Fahmi on 24 February 2021

Cataracts are a condition where the clear natural lens of your eyes turns cloudy. This prevents sufficient light from entering your eye, causing it to be scattered and blocked. This causes a vision impairment, which will interfere with daily activities as vision deteriorates. Things will look blurry, hazy or colours might not appear as bright as they used to.

Some symptoms are as listed:

It usually occurs due to ageing. However, it may also be caused by family history, having had an eye injury, surgery or radiation treatments on the upper body, certain existing medical conditions or spending a lot of time in the sun. Factors like obesity, smoking and hypertension are also probable causes of cataracts.

There are 4 main types of cataracts.

Known to be the most common cataract, the centre of the lens, also known as the nucleus, starts to harden and turn yellow, slowly increasing in radius. Some people might feel that their near vision improves temporarily because of the eye’s ability to focus on changes. This might cause difficulty in driving as well as seeing in places with a lack of light. As the cataract slowly progresses, the lens may even turn brown. This will cause difficulty in distinguishing shades of colour.

Cortical Cataracts are white, wedge-shaped opacities or streaks that form from the outer edge of the lens cortex and grow inwards. This causes light to scatter and increases glare and halos, especially at night or in the rain. This typically occurs in the lens cortex, which is the part surrounding the central nucleus.

These cataracts start as a small opaque area that forms on the back surface of the lens, obstructing the path of light. It will interfere with reading vision. There might be halos or glares around lights or a smudge around their vision. Posterior Subcapsular cataracts develop faster than other types.

These are cataracts that affect people when they are born, or when cataracts develop during childhood. These may be genetic or associated with an infection or trauma. Sometimes the cause may not be known, but it will usually be removed after detection.

Who usually gets Cataracts?

Usually, cataracts are more common among older people, although cataracts can happen at any stage of life. Cataracts are one of the biggest causes of vision loss in people over 40. Nuclear Cataracts are usually associated with ageing, while Cortical Cataracts occur commonly in Diabetic patients. Posterior Subcapsular cataracts are also often seen types in diabetics or those who consume oral steroids. Congenital Cataracts affect children either when they are born, or it develops a couple of years later when they are much older.

Can it be cured?

Vision can be restored if surgery is carried out, as the lens causing issues with opaque spots and clouding of vision can be removed, and replaced by an intraocular lens (IOL).

There are a total of 3 types of surgery, where 2 are mostly used. They are:

Phacoemulsification is the most common surgical procedure for cataracts. A small incision is made at the side of the cornea, which is the clear dome-shaped surface that covers the front eye. This procedure is usually carried out by a cataract surgeon, but currently, with the advancement of technology, there is the option to choose laser-assisted cataract surgery or even bladeless laser cataract surgery. The usual procedure is for doctors to insert a probe into the eye which emits ultrasound waves to soften and break the lens up for removal by suction. With laser-assisted or bladeless laser cataract surgery, the incision is made by a laser which is near to perfect. Then, the machine uses a laser to soften and break up the lens, to reduce the energy needed to remove the cataract. This will have a reduced risk of burning and distorting the incision. For the bladeless laser surgery, the whole procedure is 100% carried out by precise technology. This is available as an option for cataract surgery in Singapore.

Extracapsular cataract surgery Singapore is a procedure used in the case of highly advanced cataracts, which are too dense for phacoemulsification. For this procedure, a slightly larger incision on the side of the cornea is needed so that the cataract can be removed in one piece instead of being fragmented within the eye. The rest of the lens is removed by suction. Through this, the front capsule and cloudy lens comprising the cataract will be removed, leaving the back capsule to hold the artificial lens. Sutures will be needed to close the wound if it is much larger, which would result in a slower recovery of the wound as well as the function to see.

The last procedure is Intracapsular Cataract Surgery, which is now rarely used. It has an even larger incision compared to the previous two procedures. In this surgery, the entire lens with the surrounding capsule is removed. Sutures will be needed to close the flap.

After the cataract in the lens has been removed, an artificial lens will be implanted into the eye, completing the procedure. There are 4 types of intraocular lenses (IOL)

Monofocal provides good vision at a specific distance. However, reading glasses might be required for reading.

Advanced Monofocal has Aspheric and Toric lenses. Aspheric lenses provide better vision that is sharper especially in poor lighting conditions. Toric lenses treat astigmatism, which reduces the need for spectacles for distance vision. It is available as an option for both eyes for full distance correction, or Monovision using monofocal lenses. This means that the IOL power is chosen for good distance vision in one eye and good near vision in the other.

Multifocal provides good vision without glasses. For best results, it should be used in both eyes. Multifocal Toric IOL are still available, but they also incorporate the astigmatism correction.

Accommodative provides good distance and intermediate vision without glasses. This should also be used in both eyes.

This site uses Akismet to reduce spam. Learn how your comment data is processed. 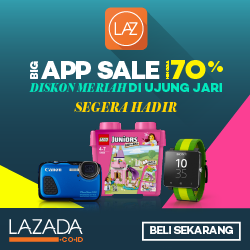